Guitarist, Shachar Elnatan’s debut album, One World features compositions assembled over the past six years and emphasises his musical journey as a jazz musician growing up in Israel and living in New York.

Shachar’s ability to combine sounds from different cultural backgrounds, brings something fresh, new and exciting to the table; the opening track ‘At Distance’ showcases his take on an 11/8 Moroccan groove, highlighting electronic and modern sounds; the title track ‘One World’ strongly resonates with Middle Eastern and Yemenite music, yet features a triplet oriented melody and rhythm, highly influenced by Irish music.

‘Josa’, written several years ago, holds a strong narrative through its harmony and melody; a fantasy vision as a child, of a small and calm village, made real several years later whilst travelling to the Spanish Pyrenees. Shachar discovered such a place called ‘Josa’, where people were playing music and celebrating through the night. 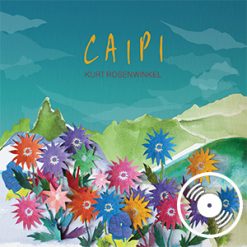 You can change these settings at any time. However, this can result in some functions no longer being available. For information on deleting the cookies, please consult your browser’s help function.

With the slider, you can enable or disable different types of cookies: